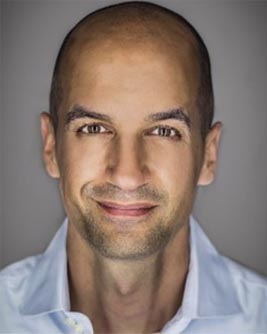 October 31, 2008 was a typical sunny day in San Francisco with a light breeze coming in from the Pacific Ocean and temperatures in the mid-60s. If it wouldn’t have been for the publication of a seemingly obscure white paper by a mysterious person or group under the fictitious name “Satoshi Nakamoto”, the day would have come and gone like so many other days before and since. The title of the white paper was Bitcoin: A Peer-to-Peer Electronic Cash System.

Initially confined to the inner circle musings and discussions of computer hackers, monetary system geeks and some libertarian groups, it quickly began to radiate out into the wider world. The premise of a new decentralized global currency which would operate outside of the control of any national government and their rules and regulations, shocked, intrigued and fascinated. Its underlying system architecture and technology, the blockchain, which is based on a fully decentralized, immutable ledger to record transactions of any kind and makes use of some clever (and complicated) cryptography, quickly developed a following of its own, as developer and business people alike saw new and unique use cases for this emerging technology.

Soon after, Bitcoin-Mania ensued, speculators drove the price of a single Bitcoin up to more than $20,000 USD, only to see it plunge into the low thousands within less than six months. Fortunes were being made and lost, and pundits were quick to compare it to the fabled run for tulips in the Netherlands in 1637. At the same time, as technologists wrapped their heads around the underlying blockchain technology, a similar hype around the seemingly limitless possibilities of the blockchain to disrupt industry after industry developed.

With more than ten years into the cycle, the time has come to pause, take stock and evaluate what is real and what is hype, and where the future opportunities and disruptors lie, specifically for the accounting profession.

Relevancy of Blockchain Based Systems

Let’s begin with a quick level-set and explore what makes a blockchain, a blockchain. A blockchain is a growing list of records, called blocks, that are linked using cryptography. Each block contains a cryptographic hash of the previous block, a timestamp, and transaction data (for example the information about a financial transaction). Through this design a blockchain has some interesting properties: a blockchain is highly accurate and resistant to modification of the data. Transactions between two parties are recorded in a verifiable and permanent way with the ledger typically being shared between many parties to drastically minimize the risk of alteration. Think of it as a giant Excel spreadsheet where every cell is hard-linked to its predecessor cell and many people hold a copy of the complete spreadsheet including the full history of any additions or changes.

The relevancy and impact blockchain-based solutions can and will have for the accounting profession range from improved accuracy and reliability of transactional data to decreased time and manual labor for bookkeeping, accounting and auditing. All whilst removing many of the challenges which come from using paper records or manual bookkeeping such as alterations or data corruption.

For the last couple of years, pundits have touted the blockchain as anything from disruptive to revolutionary to “the next Internet”. And yet today we hardly see any real-world use cases of blockchain-based solutions in the wild. This is partly due to the time it takes for any new technology to be fully understood by the developer community, its technological maturity, and market acceptance. Many blockchains which are in use today suffer from rather inefficient cryptographic design — the computational power to run the Bitcoin blockchain famously requires more energy than the country of Switzerland consumes, and transactions take minutes to register in the public ledger. Other blockchains are run on single servers, defeating the idea and thus benefits of a decentralized system, such as trust into the immutability of the ledger. Smart contracts which are tied to public blockchains are targeted by hackers, who are trying to find errors in the code of the contract with an aim to execute the contract erroneously. This already led to tens of millions of dollars being stolen on the Ether blockchain.

As a technology matures it often follows a path which can best be described by quoting Ernest Hemingway from his book The Sun Also Rises: it happens “... gradually and then suddenly.'' We can assume the same for blockchain-based solutions affecting the accounting profession.

Let us explore a few likely future scenarios: the blockchain already pushes vendors to higher degrees of interoperability and open standards. Some of the world’s largest supply chain companies such as shipping and freight companies as well as commercial harbors and airports are implementing blockchain and IoT (Internet of Things) based tracking solutions; allowing for the accurate tracking and recording of shipping containers and the goods inside. A consortium between shipping giant Maersk and IBM is driving this effort today. This will soon lead to fully transparent end-to-end tracking from the place of manufacturing to the place of sale/consumption without the necessity for human interaction. The data from all these systems will flow seamlessly into accounting systems, providing up-to-the-minute and highly accurate information.

The implementation of blockchains composed of multiple parties (or even public blockchains where anyone can participate) will dramatically increase trust as these systems become highly resilient to manipulation and alteration due to the underlying technology. Taken to its logical extreme this might lead to self-auditing blockchains which don’t require human auditing anymore.

Already, we see newer algorithms and design approaches reduce the computational overhead necessary to operate a blockchain which leads to dramatically reduced cost and increased speed. Expect blockchains become more efficient than many existing systems we use today to execute and record transactions. Facebook’s Libra blockchain is expected to process thousands of transactions per second at a fraction of the cost it takes comparable systems. This, in turn, will lead to new use cases for the blockchain such as microtransactions (transactions below the current threshold for existing payment systems such as credit cards or bank transfers) which in turn will create a whole new class of transactions. Imagine paying not for a whole issue of the Wall Street Journal but rather a single article. This increase in transaction volume will require new bookkeeping and accounting systems which are able to handle millions and even billions of such transactions.

Smart contracts will replace huge amounts of paperwork — shipping goods from Asia to the US will soon not result in stacks of paper being generated but rather a series of smart contracts being executed as a package moves across the globe. This will lead to hugely increased efficiencies and further demands on data systems for handling (and auditing) these transactions autonomously. Every large trade organization in the world, such as the WTO, is either working on this or supporting the development of these systems.

When we look at a new technology, we need to ask ourselves a series of questions: What do we already know about the technology and its capabilities? From where we stand today, what are the current limitations and shortcomings? What needs to be true for this technology to take off – not just from a technical perspective but also taking into account the STEEP framework (Social, Technological, Economic, Environmental and Political factors)? And can we envision a world where this (with “this” being the technology in question) isn’t true? Looking at the blockchain and its implications for the accounting profession specifically we see it not only changing many backend systems and processes but shifting whole systems such as the way supply chains operate in ways which have strong ripple effects into the work of the profession.

Whilst the ultimate use cases for blockchain are not 100% obvious, it is clear its effects are already evolving and its impact is being felt. It would be wise to start paying attention now to this far-reaching technology and begin to educate ourselves of its potential to disrupt the accounting profession. Currently, there is time to prepare and take advantage, but as Hemingway said, it happens gradually and then suddenly — and you don't want to miss the mark.

Navigating the Future together

CPA.com launched a multipart program to help CPA firms identify the potential change coming to the accounting profession and create new business models to adapt and capitalize on new opportunities.

The initiative, “Navigating the Future,” will include a collaboration with innovation expert Pascal Finette and his firm, radical. The program uses a mixture of thought leadership, learning sessions and planning exercises to help firms: