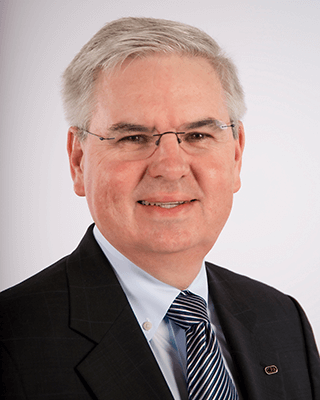 Barry C. Melancon is the CEO of the Association of International Certified Professional Accountants, the most influential body of professional accountants in the world with 650,000 members and students. Formed in 2017, it combines the strengths of The Chartered Institute of Management Accountants (CIMA) and the American Institute of CPAs (AICPA), which Melancon also leads as President & CEO. Melancon joined the AICPA in 1995 when he was 37 years old, and is now the longest serving CEO in the organization’s 129 year history. Under his tenure, the AICPA has grown to become the largest membership body of CPAs in the world and has spearheaded a number of initiatives to benefit not only the profession, but also investors, business owners, lenders and the general public. These include audit quality centers; private company reporting standards; eXtensible Business Reporting Language (XBRL); the computerized CPA exam; and two consumer financial literacy education programs. Under Melancon’s leadership in 2011, the AICPA formed a joint venture with CIMA to elevate management accounting globally. They created the Chartered Global Management Accountant (CGMA) designation for those professionals who meet the highest benchmark of rigor and quality. Today, approximately 150,000 professionals hold the CGMA designation worldwide. Building on this success, AICPA and CIMA members in June 2016 voted to evolve the joint venture into the Association. Its mission is to drive a dynamic accounting profession around the world that powers trust, opportunity and prosperity. Melancon was named the Association’s first CEO. Melancon is also Global Chairman of the Board of the International Integrated Reporting Council (IIRC), Chairman of XBRL-US, and a founding and current board member of both the Global Accounting Alliance (GAA) and the Center for Audit Quality (CAQ). He is a founding and current board member of the Government Transformation Initiative, serves on the board of the U.S. Chamber of Commerce’s Center for Capital Markets Competitiveness, and is a member of the delegation to the International Federation of Accountants (IFAC). During 2007-2008, Melancon served on the U.S. Department of the Treasury Advisory Committee on the Auditing Profession. Melancon has testified for the profession before Congress numerous times, has been honored with many awards, including the 2011 National Association Executive of the Year. Prior to joining the AICPA, Melancon served for eight years as Executive Director of the Society of Louisiana CPAs. He began his accounting career in 1979 at a small CPA firm in Louisiana. In 1984, he was elected a firm partner. Melancon graduated in 1978 from Nicholls State University in Louisiana, majoring in accounting with a minor in government. He also earned an MBA in 1983 from Nicholls State University and subsequently served as an adjunct professor of accounting at his alma mater for four years. He was also awarded his alma mater’s first and only Honorary Doctorate of Commerce in 2008.