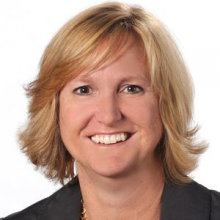 Which states, what rates: Know your nexus

Out-of-state sellers that do not have a physical presence in states where they sell goods or services are now much more likely to be required to collect sales and use tax in such states. But in which states and at what rates?

This summer's U.S. Supreme Court decision to uphold South Dakota's economic nexus law in South Dakota v. Wayfair makes all remote sellers potentially subject to collecting sales tax. The threshold for requiring an out-of-state seller to collect and remit sales and use tax is a very "substantial nexus" within the state. With no universal, clear and complete definition of substantial nexus, remote sellers have work to do to see if they need to collect sales tax now.

What the ruling says

In June, the U.S. Supreme Court upheld South Dakota's economic nexus law in South Dakota v. Wayfair, which requires out-of-state sellers with more than 200 transactions or $100,000 in sales into the state to collect and remit sales and use tax.

With physical presence sidelined, remote sellers will need to monitor evolving state nexus rules and determine whether their in-state activities constitute substantial nexus. While the parameters of substantial nexus in South Dakota's case are set annually at 200 transactions or $100,000 in sales, other states and local jurisdictions are applying their own rules. In Minnesota, for example, the small business exception—set to take effect no later than October 1, 2018-- is set at 100 transactions or 10 sales totaling more than $100,000 .

These changes may require sellers to seek new or expanded software solutions to simplify sales tax compliance and minimize the impact to business. An analysis of whether sales activities have or could create nexus and a review of taxability and exemption certificates can give businesses a baseline for sales tax compliance and ease the way to change as each new state and local rule comes down the pike.

Download CPA.com’s whitepaper Nexus is the Next Big Thing for Firms for your how-to guide on providing nexus sales and use tax study services.

Judy Vorndran is a partner at TaxOps, LLC in Colorado and is laser-focused on those areas that make state and local tax issues less taxing! She can be reached at jvorndran@taxops.com or 720.227.0093.

A Closer Look at Our Startup Accelerator Companies

The CPA.com/Association of International Certified Professional Accountants Startup Accelerator is an annual program that finds, invests in, and guides early-stage tech companies with solutions that support accounting and finance professionals. This blog series provides a deeper look at the five companies in the 2021 cohort.