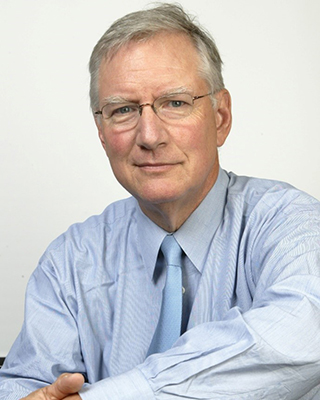 Born in Baltimore and raised in Annapolis "with a lacrosse stick in one hand and oars over my shoulder," Tom Peters resided in California, mainly Palo Alto/Silicon Valley (where he was on the first list of "100 most powerful people in Silicon Valley"), from 1965 to 2000. Tom is a civil engineering graduate of Cornell [B.C.E., M.C.E.], where he was included in the book The 100 Most Notable Cornellians, and he earned an MBA and a Ph.D. from the Stanford Graduate School of Business (he is credited with producing the GSB’s first Ph.D. thesis on implementation); he holds honorary doctorates from institutions that range from the University of San Francisco to the State University of Management in Moscow, and has been honored by dozens of associations in content areas such as management, leadership, quality, human resources, campaigning for more women in senior leadership positions, customer service, innovation, marketing, and design.

In the U.S. Navy from 1966–1970, he made two deployments to Vietnam (as a combat engineer in the fabled Navy Seabees) and "survived a tour in the Pentagon." He was a White House/OMB drug-abuse policy advisor in 1973–1974, and then worked at McKinsey & Co. from 1974–1981, becoming a partner in 1979; he co-founded McKinsey's now gargantuan Organization Effectiveness Practice. In1981, Tom founded Skunkworks Inc., The Palo Alto Consulting Center, and The Tom Peters Company. He and his wife Susan Sargent—tapestry weaver, textiles entrepreneur, community and climate change activist—after residing many years in Vermont now live near Buzzard’s Bay in South Dartmouth, MA.