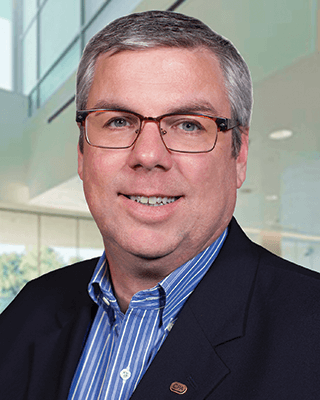 Mark Koziel is Executive Vice President – Firm Services for the American Institute of CPAs. He leads the Private Companies Practice Section (PCPS), Firm Relationship Management, Small Firms, Diversity & Inclusion, Young Member Initiatives, Technical Hotline and Center for Plain English Accounting. His teams build and manage firm relations with all size firms, promoting awareness and value, including advocating for CPA firm success and ongoing relationships with public accounting influencers. His team creates innovative programs and engagement strategies to engage a diverse pipeline of current and future CPAs. He frequently speaks on CPA issues around the United States. Prior to joining the AICPA, Koziel served three years as Director of Media Planning for a political consulting firm after finishing his twelve-year public accounting career in a variety of accounting, auditing and consulting roles at a large local accounting firm in Buffalo, NY. Koziel was an active member of the Buffalo Chapter of the New York State Society of CPAs. He was one of the founding members of the Young CPAs committee and served as Chair for two years before being appointed to the Buffalo Chapter Board and serving as President for the 2003-2004 Fiscal Year, one of the youngest President's in the history of the Buffalo Chapter. Koziel was named in the top 10 of the Top 100 Most Influential People in Accounting by Accounting Today in 2015 and has appeared on the Top 100 list since 2008. He has also been named as one of CPA Practice Advisors' 25 Thought Leaders 2012 through 2016. Koziel was also named to the Global Accounting Power 50 list by The Accountant Magazine and the International Accounting Bulletin in 2014 and 2015. Koziel graduated with a B.S. in Accounting from Canisius College in 1991. He holds the CPA in NC and is a CGMA.